When i start a new project with shrimps , the very first thing I do is to figure out what i want excactly breed.

I define my target, maybe write it down in my book for personal entries while working with shrimps. Usually it takes some time, could be several years and if I had written down I might remember myself what was the main goal from time to time. Otherwise it could be drifting too far away from that what I rather wanted breed because there is a huge distraction by a lot of other phenotypes that could appear.

One of my current project is trying to breed a green Tiger.

I started in 2016 with a bunch of F2 shrimps where I selected the first breeding group from.

The shrimps I showed in this pics, give me an idea how it could look like, but the genes of F2 for tis phenotype is still a lot unstable. I don’t want breed with to less shrimps either, because this would end up in a weak population very soon by too much inbreeding. Doing a population with less than 7 unrelated shrimps is a no go for me, I avoid to breed with siblings or already inbreeded shrimps.   I prefer  the longer but much more healthier way and sometimes i will do some ‚outcrossings‘ ( breed with shrimps which are sure unrelated maybe from a complete different population.

Some F2 generation  of Green Tiger Projekt what could be a good direction. I#m happy that F3 is already on the way! 🙂 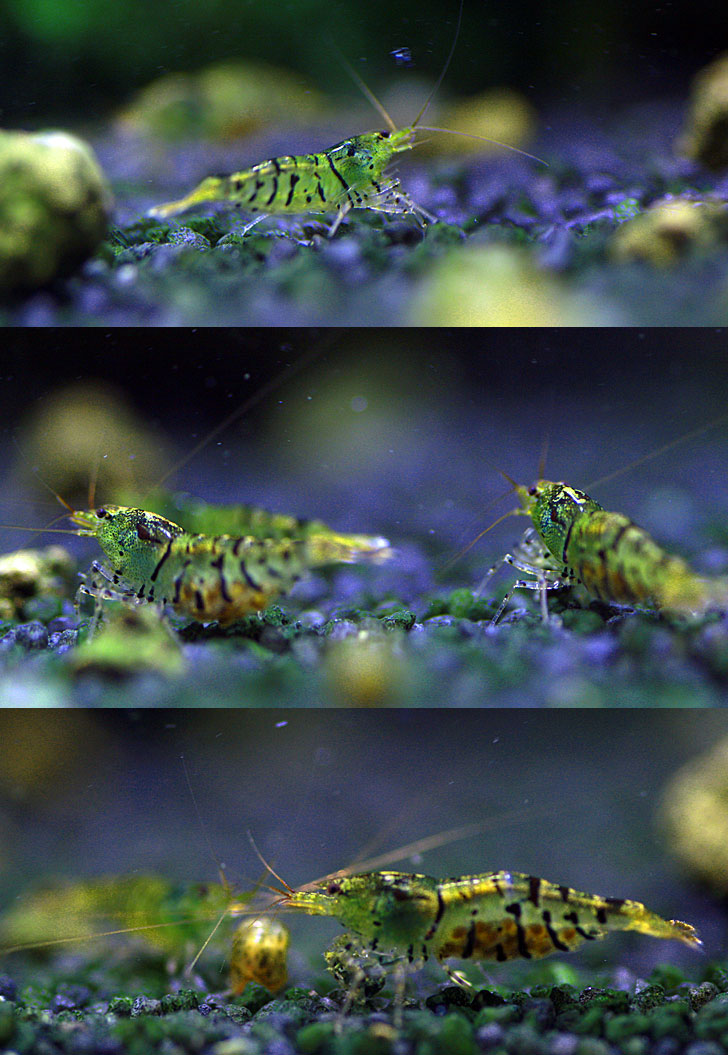